See below information regarding the help you can you get:

The government said the cash would be tax-free and not count towards someone’s benefit cap.

“We have a responsibility to protect those who are paying the highest price for rising inflation, and we are stepping up to help,” said Chancellor Rishi Sunak.

Karl Handscomb, senior economist at the Resolution Foundation, a think tank focusing on people on lower incomes, said it was the “right call to target flat-rate payments at low-income households”, although this approach did contain some “rough edges”.

“The support will go much further for single people than for those with large families. And the fact that they don’t automatically go to new claimants means that anyone claiming benefits for the first time since the chancellor’s speech – for example if they’ve recently lost their job – will not get this July payment and will only get the second payment, due in the autumn,” he added.

The date of the second cost-of-living payment will be announced soon, the government says.

It announced the policy in May as part of a suite of measures to tackle the soaring living costs. This followed intense pressure on the government to do more to help people.

All homes in the UK, regardless of how well off they are, are set to get £400 for help with energy bills this autumn, along with a previously announced £150 council tax rebate.

There will also be a separate £300 payment for pensioners, and a £150 payment for disabled people, both of which can be paid on top of the £650 cost-of-living payment.

The government says it means millions of vulnerable families will be getting at least £1,200 of support this year

How to Get CIS Gross Payment Status

This article describes how businesses that are in the Construction industry can qualify for "Gross" status, meaning that they... read more

If you work from home and are self employed or have a limited company.

If you work from home some of the time you may be able to claim a percentage of your... read more

Tax is payable on any profit you make from renting out property. However, you are able to deduct allowable rental... read more

The Latest On Additional Coronavirus Support

What's the latest in additional coronavirus support? Well, in December 2021 the government issued a release describing a further... read more

The National Insurance increase from April 2022

Every year the National Insurance thresholds and rates are reviewed with an eye to either having a national insurance... read more

Changes to the National Insurance allowance

Changes in your National Insurance Payments: From 6th July 2022 you will now be able to earn up to... read more

MTD for Income Tax – About the new rules

Will you be ready for the new HMRC rules requiring "Making Tax Digital (or MTD) for Income Tax" that... read more

Each year the minimum wage is reviewed which often, as it does this year, leads to a minimum wage... read more

Who should register and when You must register for Plastic Packaging Tax if you’ve manufactured or imported 10 tonnes or... read more

Changes to the National Insurance allowance 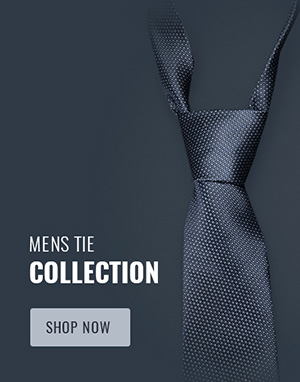